In one of our previous posts, we wrote an overview of the structure of the asynchronous network stack we designed for Zebra, the Zcash Foundation’s forthcoming node implementation. This post will zoom in to take a close look at one small but interesting component: how we use Tokio’s codec functionality to implement the Bitcoin wire protocol used by Zcash.

It does this by providing two traits, Encoder and Decoder, and a Framed<T, U> adapter which wraps a byte-oriented T: AsyncRead + AsyncWrite and uses the U: Encoder + Decoder to produce a Stream + Sink of the items produced by the codec. For implementors, this means that all that’s required is to implement Encoder and Decoder – specifying how items should turn into bytes and how bytes should be parsed into items – and the Framed machinery handles the work of producing an item-oriented Stream + Sink, allowing the rest of the code to focus on handling individual items.

Because Zcash inherited its network protocol from Bitcoin, Zebra needs to work with the (Zcash flavor of the) Bitcoin wire protocol. Using Tokio’s codecs, this involves three steps: defining an item type, implementing the Decoder trait, and implementing the Encoder trait. In this post, we’ll look at the first two steps, since the third is more straightforward.

The Bitcoin wire protocol encodes messages using a custom header structure followed by an arbitrary-length payload. The message structure is as follows:

Rather than using, e.g., numeric codes, the message type is identified using an ascii string, such as block\0\0\0\0\0\0\0. This ascii string is used in zcashd in a long chain of if statements that combine parsing the message payload with processing the payload contents.

Instead, we treat the entire header structure as an encoding detail and create a Message enum with a variant for each message type. Enums are an extremely convenient and powerful tool, because they allow expressing sum types, saying that a value can take on one of several different variants and allowing the compiler to check that all possible variants are handled. And rather than containing byte payloads, each Message variant contains a fully-parsed internal representation of the payload data.

This means that all message parsing and validation is performed in one place, in the codec, so that the rest of the implementation is provided with either an error or a parsed and validated internal representation of the message’s content. If you’re curious, you can see the full description of the Message enum in the internal documentation for the zebra-network crate. 2

The core functionality of the Decoder trait is provided by the decode method:

It’s worth unpacking the types in this method signature, because they reveal a lot of information about how the decoder works.

First, since the receiver of the decode method is &mut self, we know that the decoder is able to keep some decoding state and update it as it’s asked to decode messages.

Next, the src buffer is a &mut BytesMut. The BytesMut type is from the bytes crate, which provides abstractions for zero-copy handling of byte arrays. The Bytes and BytesMut types are essentially lightweight views into a reference-counted backing buffer, so that copying and manipulating values doesn’t require copying the underlying data. Multiple Bytes objects can have overlapping views of the same data, while the BytesMut type guarantees exclusive access and therefore allows mutation.

Finally, the return type is a Result<Option<Self::Item>, Self::Error>. This means that instead of just signaling that an error occurred (returning Err(Self::Error)) or that an item was parsed (returning Some(Self::Item)), a codec can also signal that no error occurred but that no item is ready yet (returning Ok(None)). In an asynchronous context, this allows “trial decoding” as new data arrives, producing frames as soon as they are ready.

Traits are implemented by types, so to implement Decoder we need to provide a type that will implement the trait. For simpler protocols that can be statelessly decoded, this could be a unit struct, but for the Bitcoin protocol we need to maintain decoder state. This can be split into two parts: configuration like the network version, which we construct with a builder, and the decode state itself:

The implementation of decode starts by matching on the self.state.

If it’s DecodeState::Head, we check whether the source buffer has at least HEADER_LEN bytes. If not, we know we’re not ready to start decoding, so we return Ok(None). Otherwise, we read the fields of the header, and set self.state to DecodeState::Body with the data we parsed, or return Err if there was a problem with the header.

If it’s DecodeState::Body, we check whether the source buffer has at least body_len bytes, or return Ok(None). Otherwise, we remove the body from the source buffer, recompute the checksum, and use the command field to determine what Message variant to parse and construct.

With an implementation of Codec: Encoder + Decoder in hand, we can use Tokio’s Framed adapter to transform any byte-oriented AsyncRead + AsyncWrite instance into a Stream + Sink of Messages. This can be seen in action in the following tracing output from some Zebra stub code talking to a local Zcashd instance:

As an aside, this output is extremely verbose, recording every step of the decoding process, because it’s captured at trace level. Each event is emitted in the context of a particular span, a logical execution context – in this case, in the context of the peer connection with a particular address. One extremely powerful feature of tracing we use in Zebra is the ability to dynamically configure the tracing level for a particular span filter. This means that while the node is running, we can zoom all the way in to inspect particular execution contexts, such as “the peer span with addr=V4{127.0.0.1:8233}”, “all IPv6 connections”, etc, without drowning in noise generated by the rest of the node’s tasks.

The Bitcoin networking protocol is a mess to implement, but we were able to save a great deal of time and effort by reusing Tokio components to isolate parsing to one place, allowing the rest of our networking stack to deal only with streams of messages. The vibrant ecosystem of async Rust libraries has made it much easier to make progress on building a solid, modern foundation for Zcash, and we’re excited about the quality and speed of protocol development and interoperability it will unlock.

Stay tuned for the next post in this series, where we’ll talk more about how we use algebraic data types to model Zcash structures! 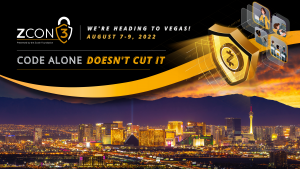 Zcon3 is headed to Vegas! The Zcash Foundation is excited to announce that Zcon3 will be held in-person, at the Palms Casino Resort in Las

After the success of Zcon2 Lite, our first fully-virtual conference, we are happy to announce that Zcon3 will be held in late June 2022 and

Opinion: It’s time to zero knowledge all the things!

Zcon2 Lite, a virtual edition of our annual conference, takes place this week (Tuesday 8th and Wednesday 9th June). One of the panel discussions will

Need to reach us? Send us an enquiry and a member of our team will get back to you shortly.